INS and PNTL prepare to return waste to Japan 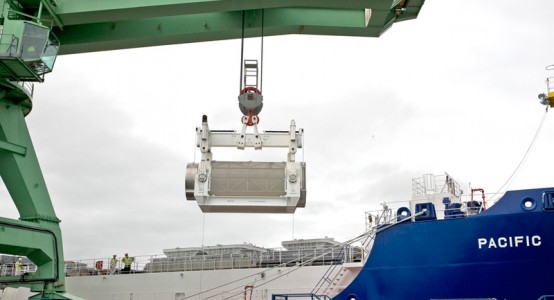 This will be the 15th such shipment from Europe and the third from the UK and will be carried out in partnership with Sellafield Ltd. The transport from Sellafield is part of a programme that will see the delivery of UK government policy to repatriate overseas waste; the fulfilment of contractual obligations; and the reduction of hazards at Sellafield site.

In order to comply with security regulations and agreements on information disclosure, we will release the following information around the time of the transport:

The HAW will be transported in a way that is tried and tested and safe and secure.

The waste itself is in a solid glass form inside stainless steel canisters, up to 28 of which sit within a very robust transport flask. This method of transporting waste complies with all international and national guidelines and regulations.

INS and PNTL have flawless nuclear safety and security records stretching back 40 years and the delivery of this upcoming transport will apply the same high standards as all the others we undertake.