PNTL is the world’s most experienced shipper of nuclear cargoes and has three ships that are dedicated to transporting the highest classification (INF3) of nuclear material. This is a classification of the INF Code, which is set by the International Maritime Organization (IMO) of the United Nations. The INF Code regulates shipments by sea of used (spent) fuel, plutonium and highly radioactive waste.

PNTL has successfully completed over 200 shipments during the last 45 years, including:

The ships have safely covered millions of miles and there has never been a single incident resulting in the release of radioactivity.

Over 2,000 casks of nuclear material have been safely transported by PNTL. 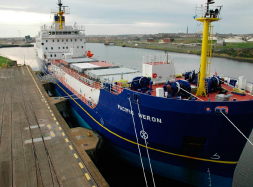