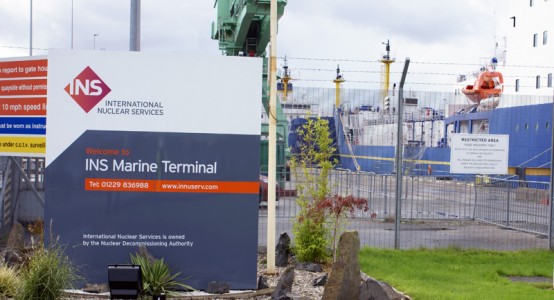 The MCA consent follows the appointment of a new ship manager, SERCO Marine Services (INS) Ltd in 2012, a subsidiary company set up by SERCO Ltd to manage the INS and PNTL fleet.

It was approved initially by MCA with an interim license pending a full audit, which has now been completed and a Document of Compliance issued to SERCO Marine Services (INS) Ltd.

All certifications are valid for five years and are subject to regular inspections.

Matt Fox, head of transport operations for INS and general manager of PNTL, said: “The change in ship manager and the subsequent audit process has been a very valuable exercise in double checking and solidifying the high standards that we all work so hard to achieve and I’m extremely grateful to my team, PNTL and Serco Ltd for demonstrating such commitment to this critical approval process.

“Independent regulatory approval of the way in which INS and PTNL operate is critical to maintaining stakeholder confidence, which is something we never take for granted and work extremely hard to maintain.”

INS operates the Oceanic Pintail (INF3*) and the Atlantic Osprey (INF2); and PNTL operates the Pacific Grebe, Pacific Heron and Pacific Egret, all INF3 vessels based in Barrow, which has been the home to this fleet for more than 40 years.