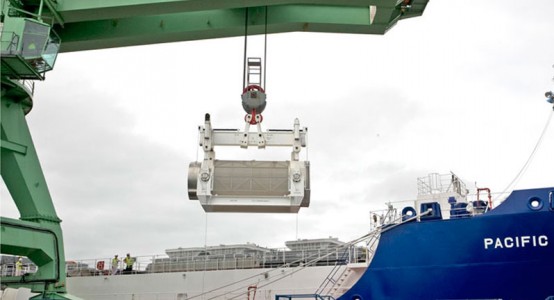 Excellent progress is being made in the UK to repatriate overseas-owned highly active waste to Japan, with three shipments successfully completed and another one due to depart in the coming weeks.

In line with usual practice, information relating to this upcoming fourth shipment to Japan will be released as follows:

– The date of departure, transport route and the approximate arrival timing in Japan will be released just after departure from the UK

As with the three transports that have already taken place from the UK to Japan – and the previous 12 similar transports from France to Japan – the highly active waste will be transported in extremely robust flasks.

Substantial additional protection is also provided by the state-of-the-art purpose built nuclear cargo vessel on which the material will be transported.