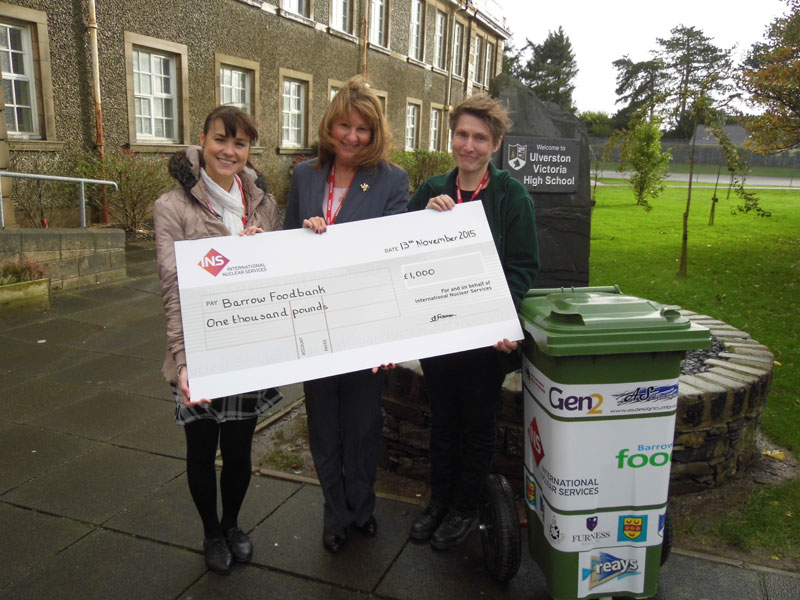 The event, which takes place on 11 December 2015, will see over 50 volunteers walking around Millom, Ulverston, Dalton and Barrow pulling 5 wheelie bins with the aim of collecting food for the foodbank, toys for the Bay Radio Mission Christmas appeal, and funds for a range of local charities.

As well as the Barrow Foodbank the other charities involved are MIND, Citizens Advice, Cumbria Community Foundation and Calderwood House (a newly opened homeless shelter in Egremont).

INS and its subsidiary Pacific Nuclear Transport Limited (PNTL) have had a base in Barrow for more than 40 years and currently operate four nuclear cargo vessels out of the town. It has provided financial and in-kind support to a number of charity and community groups in the area, and has supported the foodbank on a number occasions.

Mark Jervis, Managing Director of INS, said: “INS is proud to have been based in Barrow for over 40 years. We’re committed to supporting the community and delighted to be providing support to the foodbank once again.”

INS and PNTL transport nuclear materials from the UK and France to Japan. INS also provides maritime nuclear transport services to the international market, including global nuclear non-proliferation activities and has an in-house capacity for designing and licensing transport containers for nuclear material.