PNTL plans to transport MOX fuel from France to Japan 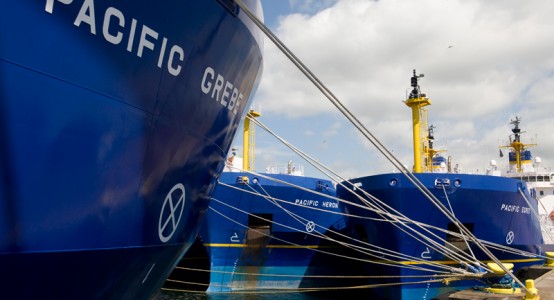 Pacific Nuclear Transport Ltd (PNTL) is planning to transport MOX fuel from France to Japan in 2017.

MOX fuel assemblies for the Takahama Nuclear Power Station Unit 4 have been manufactured and will be transported later this year.

The regulations governing the security of such transports require some specific details of the preparations and operation not to be disclosed. However, they do allow for certain details to be released in the interests of transparency, so PNTL will release the following information:

PNTL has been transporting nuclear materials between Europe and Japan for more than 40 years and has a flawless nuclear safety and security record. Our purpose-built vessels are state-of-the-art and are manned by some of the most experienced nuclear mariners in the world.